Read the latest news, and see our software in action.

Glencoe Software is proud of its contribution to making the JCB DataViewer serve as a prime example of the value of open image data. 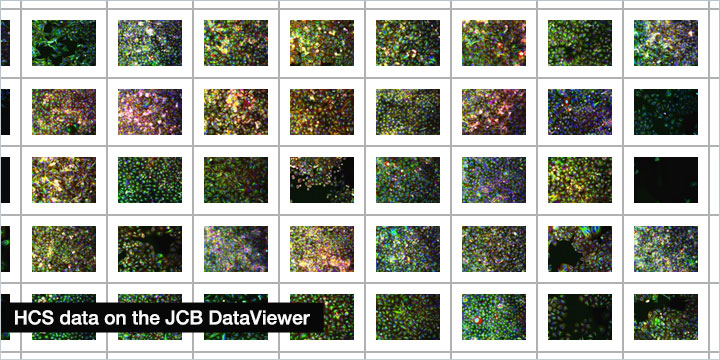 On December 5, 2018 the JCB DataViewer, the world’s first web-based scientific image data publication system was decommissioned. The systems that ran the DataViewer were retired and the raw data files transferred to EMBL-EBI’s study archive, BioStudies, in a dedicated study archive.

The DataViewer was conceived during an impromptu meeting between Mike Rossner, then Executive Editor of Rockefeller University Press and Jason Swedlow, Founder of OME and Glencoe Software, in 2007. Glencoe began work on the application in 2008 by extending early versions of OMERO and Bio-Formats to support the full publication workflow required by The JCB. The JCB DataViewer was announced in Dec 2008 and began accepting datasets in Jan 2009.

The JCB DataViewer has run continuously since, interrupted only once by a 15 hour outage during Hurricane Sandy (at that time, the primary and backup servers were located in different parts of Manhattan). Along the way the DataViewer published datasets from over 500 papers, and in another first, published the original data and analytic results from several phenotypic high content screens (HCSs). In August 2013, the DataViewer published what was at that time one of the largest images on the web, a transmission EM dataset recorded by Faas et al (doi: 10.1083/jcb.201201140; http://jcb.rupress.org/content/198/3/457) of a whole zebrafish embryo, more than 500 gigabytes in size.

The JCB DataViewer demonstrated the reality and value of routine publication of multi-dimensional imaging data and laid the groundwork for the next wave of public image data resources. In 2015, the OME team, in collaboration with teams from the University of Cambridge and EMBL-EBI, announced a next generation Image Data Resource (IDR) that publishes reference image datasets of cells and tissues associated with published studies (doi: 10.1038/nmeth.4326; https://www.nature.com/articles/nmeth.4326). The JCB DataViewer’s HCS data has been transferred to the IDR (e.g., Srikumar et al, http://idr.openmicroscopy.org/webclient/?show=screen-201; Rohn et al, http://idr.openmicroscopy.org/webclient/?show=screen-154 and soon, the Faas et al zebrafish data will appear in the IDR.

Glencoe Software is proud of its contribution to making image data publication routine and all of the technology developments allowed the JCB DataViewer to serve as a prime example of the value of open image data. We thank all the current and previous staff of Rockefeller University Press for the opportunity to work on this landmark project.